After having been voted as one of the top 11 best UK Art & Culture blogs last spring (I know, all good things go to eleven), I started posting retrospectives of all the art & culture-related events I attended in the previous quarter. Because I had seen and done just way too much these past three months to write about in one post, I decided to split this quarter’s edition in two parts so not to overwhelm you with one massive post!
Here’s part 2 of my arts & culture wrap-up for the months April-June. If you missed part 1, you can read it here. That part features art, books, music & dance.

Of the 49 films and TV series I watched this quarter, these four really stood out for me:

Where there are winners, there must also be losers. So here are the worst films and TV series I watched.

Because it’s such a long list for this post, I put the full list of all the other films and TV series (plus links) I (re-)watched these last three months below.

Sushi restaurant Shiki is a hidden gem and my number one Amsterdam restaurant: good quality sushi for a fair price right in the city centre, just a 10min-walk from Amsterdam Central Station. 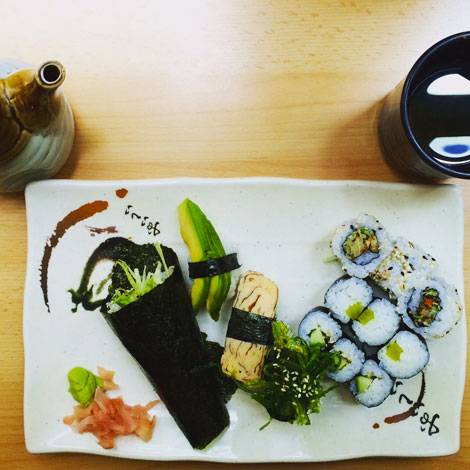 Of course I went back to the Netherlands again last spring. As you can read in more detail in my post ‘Dutch Girl Does Arts & Culture April – June 2015 #1’ I saw some great exhibitions in The Hague (Berlinde de Bruyckere, Anton Corbijn and M.C. Escher) and attended the premiere of the fantastic dance performance Narnia: the Lion, the Witch and the Wardrobe in Amsterdam and spotted some Dutch celebs bopping their heads to the music written by my hubby. This trip also coincided with Mother’s Day and my 36th birthday. After a tearful start of the day when my mum read the ode I wrote for her as my Mother’s Day present, I had an amazing birthday party with family and friends. 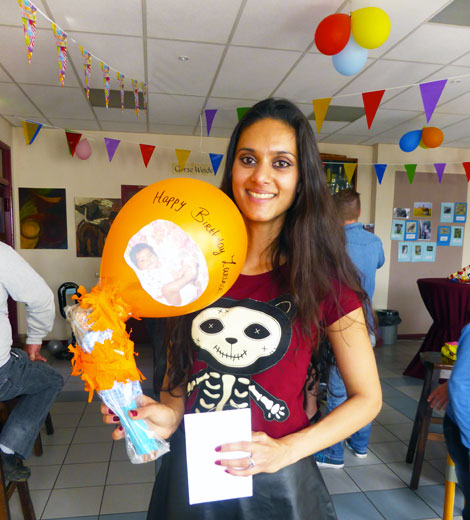 Shortly afterwards it was off to Umeå in the north of Sweden, not only to abuse the world’s fastest internet but most of all to visit Music Tech Fest Scandi where I was kindly invited to. You can read my feature on the festival before the next edition which will take place in Ljubljana between 18 and 20 September. It was a great experience and I met so many interesting people there who work in the cutting-edge field of music technology, a completely new world to me. More about this on the blog over the next weeks! 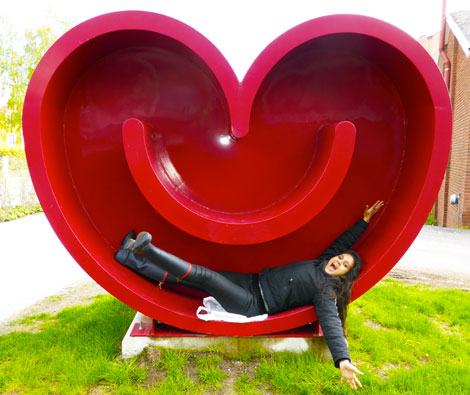 In alphabetical order, here are the other films and TV series I (re-)watched these last three months:

Hopefully this post inspired your cinematic appetite (and appetite for good sushi as well for that matter). That’s what these posts are all about!

For #streetartsunday I’m sharing two murals by Italian artist Pixel Pancho. • The first mural is a collaboration with evoca1 on Hanbury Street, east London. I took the photo in April 2015. • The second photo is from a mural all the way in Dunedin, New Zealand, when we followed the Dunedin Street Art Trail in February 2019. I posted a blog post about the street art in Dunedin this week on my travel blog @misstravelclogs. I’m posting street art photos from my travels every day this month on that account so head over there if you’re into street art as well! 😊 • • • #streetart #muralart #dunedinnz #dunedinstreetart #shoreditch #shoreditchstreetart #streetartlondon #eastlondon #hanburystreet #bricklane #thisislondon #freeart #publicart #mural #urbanart #wallpainting #streetartphoto #streetartblogger #contentcreator #discoverunder2k #under2k #dutchgirlinlondon
🎉🎈Happy birthday to one of my favourite people in the world @snoezanni 🤗 • Suzanne and I have known each other for 28 years already and we’ve been besties for 22 now (we bonded over a box of tissues after my boyfriend broke up with me 😎), which makes her my oldest friend 😊 • Over the years we’ve shared the most difficult times in ours lives but also the most happy ones and we’re always up for new adventures 😅 • Here’s to many more birthdays and years of friendship, ¡salud chica! 🥂❤️😘 • • • #mybestfriend #bff #dutchgirlinlondon #friendship #under2k #discoverunder2k #contentcreator #birthdaygirl
📔If you like books and architecture, then you’ll definitely love this amazing looking library in Singapore! • Library @ Orchard an impressive 1,700 square metres in size and spans two floors of the mall, Orchard Gateway on the main shopping street Orchard Road. As all our mall ‘adventures’ in Singapore, it took us a while to locate the entrance to the library, but once in, we found it was definitely worth the long quest 😅 • One of the ‘upsides’ of staying at home these last weeks and not travelling overseas or going on day trips has given me the headspace to read again which, having studied English literature, has given me so much joy. • What about you? Do you an enjoy reading, yay or nay? • • • #library #books #libraryorchard #singapore #discoversingapore #singaporetravel #singaporephoto #travelblogger #reisblogger #booklover #bookstagram #dutchgirlinlondon #discoverunder2k #under2k
🙈Anyone up for a game of Hide and Seek? 🙋🏽‍♀️ • Been editing photos of street art in post-earthquake Christchurch, New Zealand, this week for a new post on my travel blog @misstravelclogs soon and came across this fantastic mural by Wongi “Freak” Wilson. Don’t you just love the bright colours and how it captures the innocence of childhood? • • • #streetart #mural #muralart #wongifreakwilson #christchurch #christchurchnz #christchurchstreetart #streetartchristchurch #muralist #streetartphoto #streetartblog #streetartblogger #dutchgirlinlondon #discoverunder2k #under2k #nzroadtrip #streetphotography
💦Yes, I went to the Cloud Forest in Singapore’s famous Garden by the Bay and had THAT Insta shot taken of me staring towards the 30m-tall waterfall (which is actually the world’s largest indoor waterfall). • What can I say, when it comes to posing for photos, I’m so not original and often feel awkard 😅 What about you? Do you feel comfortable having your photo taken? • This pic is for you @pocket_trailblazer 😎 • • • #singapore #waterfall #gardensbythebay #gardensbythebaysingapore #cloudforest #cloudforestdome #dutchgirlinlondon #holidaypic #asia #southeastasiatrip #travelblogger #ukblog #reisblogger #dutchblogger #under2k #discoverunder2k #travelpic #bestoftheday #forestdome
🏰Not a castle, but a magnificent building nonetheless: Guildhall in the heart of the City of London. How is it possible I had never been to this splendid site before? • Guildhall has been used as a town hall for hundreds of years and still hosts many prominent ceremonial events. Besides its breathtaking medieval great hall (of which I will post photos later), it’s the remains of the Roman amphitheatre that makes this quite off the beaten track location so special to me. You can see some of the original structure underneath the building and if you look closely at the first photo, you’ll see the huge black circle in the courtyard that indicates the outline of the amphitheatre. • Guildhall is free to visit and one of the many ancient Roman remains spread across London. More about this on the blog in the future! 👍🏼 • • • #guildhall #romanlondon #secretlondon #guildhalllondon #londonhistory #thisislondon #londonblog #londonbloggers #dutchblogger #reisblogger #travelblogger #discoverunder2k #under2k #discoverlondon #londondreamings #medievallondon #dutchgirlinlondon
%d bloggers like this: