On the last Sunday of the month I always reflect on what happened in these last few weeks. What films have I seen, what places did I visit and what exhibitions did I go to? Find the answers and so much more in my Reflections on June!

Surviving the current insect plague in the Netherlands

I returned from a very short work trip to the Netherlands last night and experienced a bit of that heatwave mainland Europe’s been struggling with for a few weeks now. But besides the heat, there’s another big topic everybody in the Netherlands seems to be talking about: the oak processionary moth caterpillars (or eikenprocessierups in Dutch which sounds much catchier).

These nasty buggers are covered in long white hairs which are toxic and cause a horrible rash upon contact. Staying away from trees unfortunately isn’t the solution as the caterpillars shed their hairs which are then spread through the air, landing on the skin of humans and animals. I heard people talk about this horrible itch everywhere: on the news, on the bus, at the train station etc. Even my mum and some friends I managed to meet had this horrible rash. Fortunately, I did not encounter any of these floating white insect hairs and left the country absolutely itch and rash free, phew!

Instead of using a photo of nasty caterpillars, I chose a photo of the new café CoffeeLab in Den Bosch, the Netherlands. This hipster place is a very popular destination for work meetings, but I came here for breakfast with my bestie instead.

What did I write about this month?

You know, despite that I (usually) enjoy writing a blog post each week, I often wonder who my invisible audience actually is. Am I just writing to a bunch of imaginary readers, besides my mum and some friends? I’m always especially unsure about publishing more personal blog posts, thinking no one’s really interested in reading about my life which isn’t really that exciting to be honest.

So, when I posted my blog post about what a typical work day looks like for me, I didn’t expect any comments or feedback. Surprisingly, this article got quite a lot of traction. I even received one of the greatest emails I’ve ever had as a response to my blog. It appeared I had managed to inspire someone who himself deliberated to make the switch to being self-employed for years now. The fact that he found my blog post helpful and encouraging AND took the time to write that in a personal email to me really meant the world to me. So, thank you P! I hope you’ll soon make the switch and feel happy about it.

My other inspiring blog posts in June:

Oh YES! I had never expected it, but I discovered there’s a flourishing street art scene in Singapore. Of course these artworks are all made with the approval of the authorities so don’t expect some guerrilla painters at work here. But still, the fact that you can find dozens murals all around this strict Asian city-state is quite remarkable.

I shared some photos of these stunning artworks in my Singapore street art guide on my travel blog Done That Been There this month.

June hasn’t been that great for cinema visits. We only saw two films in the cinema and they were both not that very exciting to be honest. We did see some great TV series though and I especially watching the mini series Escape at Dannemora. I’ve marked my recommendations with a * in the overview. I’ll tell you a bit more about three of my personal tips in greater detail below.

Escape at Dannemora is based on the bizarre true story of two inmates (played by Paul Dano and Benicio Del Toro) who manage to escape a high-security prison with the help of their lover played by Patricia Arquette. You would never guess so when you watch it, but it was directed by Ben Stiller!

Jim Carrey as the star of a puppet show

Also the series Kidding, starring Jim Carrey, totally captivated me and took me by surprise. It’s directed by Michel Gondry, who also worked with Jim Carrey on the classic Eternal Sunshine of the Spotless Mind. It’s less ‘quirky’ than some of Gondry’s other films but it still has the sense of ‘magic’ and dreaminess you’d expect from him.

Finally, I’d like to highlight the Australian documentary She Who Must Be Loved that was saw as part of the Fragments Festival at our favourite London cinema, Genesis Cinema. I found it very touching that the director followed around her mum, Freda Glynn, documenting her mother’s extraordinary tale as an Aboriginal woman growing up in a country that wasn’t her people’s country anymore. But her mum takes the opportunity to find out what exactly happened to her grandmother who was shot to death.

And then there was Art

Did you know that Covent Garden is named after the ‘convent garden’ that used to be on this location?

Well, I sure didn’t! I discovered this a few months ago while doing research for one of my tailor-made London tours.

Today Covent Garden is mostly known for the iconic former market hall that now houses cute shops, bars and restaurants. However, in the past there used to be a convent here. The fruits and vegetables grown here in the convent garden used to be transported to the nearby Westminster Palace, which we also known as the Houses of Parliament today.

(Although this enormous government building is in fact technically still a palace!) 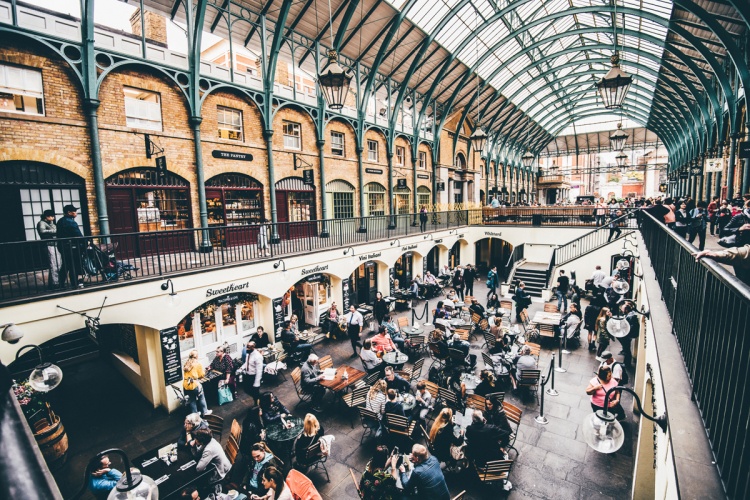 Find out more ‘secret’ London facts in part 2 of my London city guide on my cultural travel blog Done That Been There. It’s especially aimed at first-time visitors but has some great insider tips to even inspire Londoners. 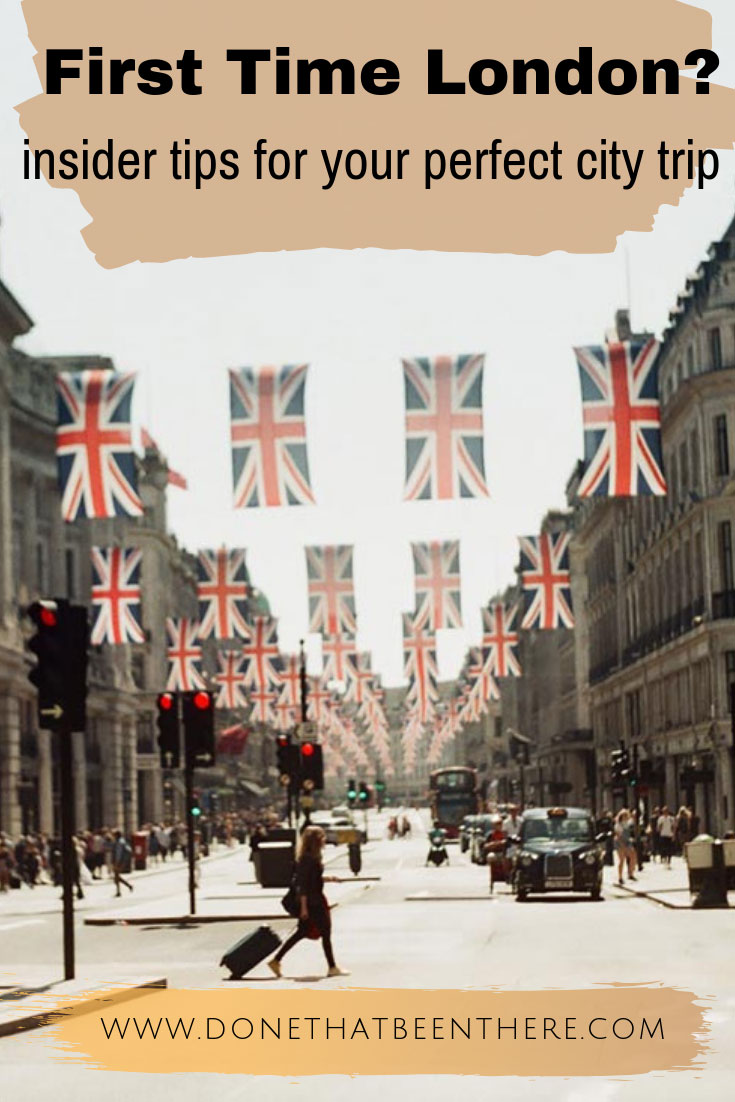 So far the highlights of my past month. What have you been up to in June?
As always I’m curious to hear your stories, so please share them in a comment below!
Thanks, Zarina xx

2 thoughts on “Reflections #10: Surviving a Dutch Insect Plague and Receiving a Touching Email”

💵The best things in life are for free 💛 Did you know you can enjoy fantastic panoramic views of London from 160 metres above ground for free? • That’s possible at Sky Garden right in the heart of the City of London. The top floors of this 38-storey ‘Walkie Talkie’ building houses a garden, several bars and restaurants and an observation deck. • If been there twice now and I highly recommend a visit. (As you can see from the photo of my in my big warm boots one of those visits was during a much colder winter.) • You can find all the information and more photos in today’s blog post. Link in bio! 🙌🏼 • • • #london #londonblogger #visitlondon #londonviewpoints #skygarden #dineinthesky #dutchgirlinlondon #dutchblogger #londontip #contentcreator #discoverunder2k #under2k
Love this epic mural by @conorsaysboom down in Dulwich, south London. This area of London wasn’t really on my radar to visit until I heard about the local street art project initiated by Ingrid Beazley who worked at the Dulwich Picture Gallery. She invited artists to make an outdoor artwork based on a classical painting in the gallery (which in itself is worth a visit too). More about this area and other great street art locations in London on my website in last week’s blog post. • • • #streetart #dulwich #mural #muralart #urbanart #conorharrington #muralist #londonstreetart #streetartlondon #london #londonblogger #streetartblogger #dutchblogger #travelblogger #reisblogger #thisislondon #londonerscity
🍻C H E E R S 🍺 In the last photo I wrote about the former Truman Brewery on Brick Lane, East London. Today it houses a plethora of independent shops, restaurants and galleries but up until its closure in the 1989 it was an active beer brewery. Established in 1666, Truman Brewery is a true Shoreditch icon. At a certain point it was even the largest brewery in the world! • When a few friends started their micro brewery a few years ago, they discovered the name Truman was for sale. They even adopted the old logo and re-established the brewery further east in Hackney. @trumansbeer is open for brewery tours (and leisurely lounging as you can see in the pic 😎) • More about the historical sights in Shoreditch in this Sunday’s blog post. I know I mentioned it before, but I’m excited about this one ;-) • • • #beerbrewery #brewery #eastlondon #shoreditchhistory #trumanbrewery #shoreditch #spitalfields #hackney #eastlondon #london #thisislondon #uniquelondon #dutchgirlinlondon #londonblogger #dutchblogger #travelblogger #reisblogger #discoverunder2k #under2k #londonhistory #theeyrie
I’m doing a little experiment on my blog this year and will write predominantly London-related articles. My business as a London city guide has really picked up in recent months and I realise I so enjoy sharing stories about this city’s long and rich history. • I’ve been going through my extensive photo archive this week digging out images for my new blog post on Sunday about unique things to see in Shoreditch. • I’ll give you a sneak peek here: it includes the bronze plaques hidden in the ground across the area that were made by the artist Keith Bowler. There seems to be little information on him, but he was commissioned to make 22 of the so-called ‘Spitalfields roundels’ all depicting something that’s characteristic of the site where it’s placed. Like these beer jugs that lie within the cobblestones of Brick Lane. Here used to be the HQ of Truman Brewery, now known as the heart of Brick Lane with its independent shops and restaurants but up until the 1980s it had been a famous beer brewery (established in 1666!). Many feet pass this site today but not many actually know the story of what lies beneath them. • More of such sights and stories to follow in this Sunday’s blog post! • • • #shoreditch #spitalfields #spitalfieldsroundels #secretlondon #london #eastlondon #londonblogger #londonlife #dutchblogger #travelblogger #reisblogger #unusuallondon #londonhistory #bricklane #plaque #bronzeplaque #trumanbrewery #dutchgirlinlondon
Happy New Year to you all! To celebrate the beginnings of this brand-new decade, I wrote an extensive guide to the best street art locations in London with some great insider tips and hidden gems. • Deciding on the locations was peanuts, but sorting out what photos to use from my archive with thousands of streetart photos took me several days! • I hope you’ll use the guide for your urban explorations of London. Let me know if you do! You can find the link in my bio 🤗 • • • #streetart #mural #muralart #urbanart #londonstreetart #londonguide #shoreditch #hackney #eastlondon #streetartphoto #streetartblogger #londonblogger #ukblogger #dutchblogger #travelblogger #reisblogger #dutchgirlinlondon #stik #londonerscity #thisislondon #londonguide #unusuallondon
As 2019 is coming to and end, the first memories that come to mind of these last 12 months is the fantastic trip hubby and I made to Australia, New Zealand and Singapore where we caught up with lots of old friends but also made some fine new friends. • But the best thing about the trip was to spend 4 weeks with my bestest friend while we explored caves, found golden sand beaches, fed alpacas and kangaroos and, most of all, laughed a lot, like when we tried to take this selfie. • Swipe to the left for some exclusive behind the scenes pics of our selfie-taking efforts 🤣 Wishing you all a happy & healthy 2020 ❤️❤️ • • • #couple #newzealand #roadtrip #coupleswhotravel #coupleswhotraveltogether #2019travel #goodbye2019 #travelblogger #dutchblogger #ukblogger #dutchgirlinlondon #travelpic #selfie #howtotakeaselfie #under2k #discoverunder2k
%d bloggers like this: